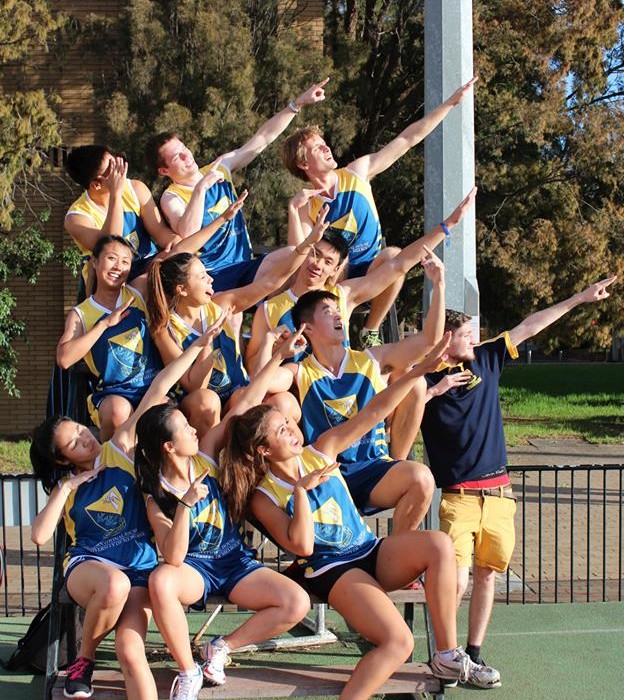 As male sports rep of IH in 2015 here’s a quick piece on IH sport and sport in general, a few bits of key information and a table of Semester 1 sports.

Whether your views on sport are positive or negative it’s something that you would have been involved in at some point in your life in one way or another. Unfortunately for those of the pessimistic persuasion then you will have a lot to go used to – as there is going to be plenty of sport going on throughout the year.

Sport, either played at the professional or amateur level, binds groups of individuals together, creating bonds and ties that often last a lifetime. While I’m not saying, for instance, that a couple of weeks playing Table Tennis together at IH is going to give you a friend for life but it will allow you to create a special connection with your teammates; as you aim to firstly, have a good time and secondly, strive for some resemblance of success.

One of International House’s core values is promoting multiculturalism and sport is something that reflects our society of diversity that is prevalent in 2015. Take sporting leagues like the English Premier League and the National Basketball Association, there are players in these leagues from Kenya to Korea and Belgium to Brazil. It’s not just the players who highlight the importance of cross-cultural interaction – with fans of these leagues, especially the English Premier League, demonstrating the globalisation of the world today. Last year at IH I watched numerous Premier League games in the JCR and often there would be at least 4 or 5 different cultures in the one room, with attention fixed on a single sporting event. Similarly, playing in the IH Football (soccer) team last year was incredible, as it didn’t matter where we were from. Sport allowed us to create a connection that would otherwise have not been forthcoming. This year once again I hope that sport at IH can be tool that helps drive further cross-cultural connections at the College whilst also being something that people will remember.

Even if your not the biggest sports nut, the experience of playing or even just supporting our teams will give you memorable moments- for better or for worse. If you are even in the slightest contemplating signing up for a sport when the time comes just bite the bullet, commit and put International House’s name up in lights on the college sporting stage.

Uniforms: IH gear is supplied for all sports, with most sporting attire the IH shirts and shorts. Some sports the gear is more specific but that will be catered for.

Signups: Whenever we are about to start training for event signups will put on Nexus and there will be notifications on Facebook plus at Dinner.

Female sports rep: I will also be working with a female sports rep to organise sport at IH this year, the one elected at the end of 2014 is unable to return so a new one will be elected next Sunday at the AGM.

Futsal: Futsal at IH is huge and most nights there will be boys and girls playing out on the Court under lights. Just come out at around 7:45-8 to see what’s going on.

Nowadays culture can easily be (re)created and distributed from the comfort of your bedroom or just about anywhere.   There are so many reproductions…