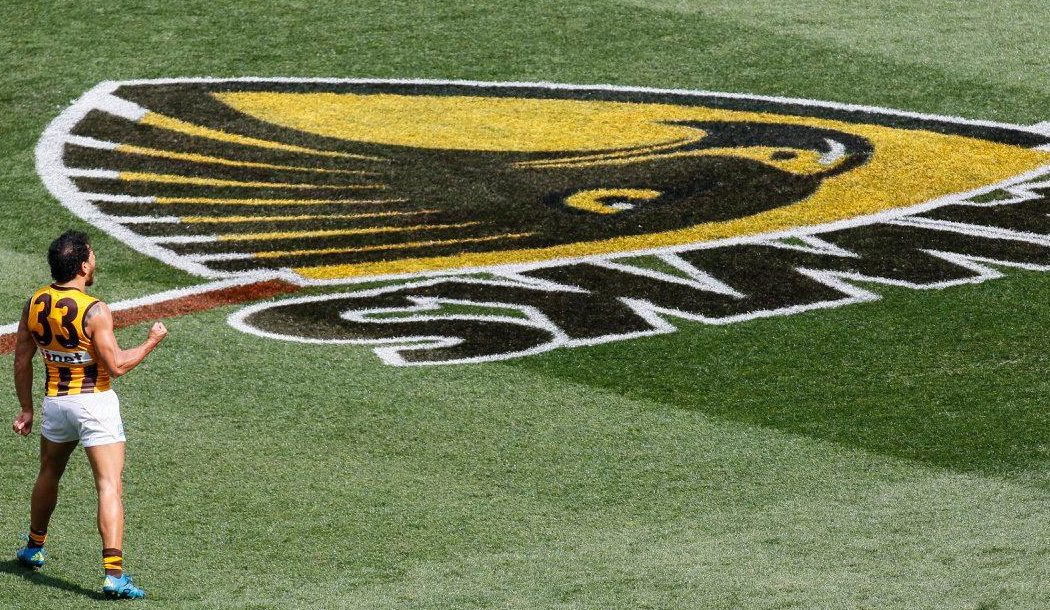 The AFL Grand Final; the preeminent event of Australian sports, the pièce de résistance of the sporting calendar, and probably the best reason ever for a public holiday. But what the hell is it?

Since the AFL began in 1897, teams have played through the ‘home and away’ season in order to finish high enough up the ladder to make the finals. A finals series is then played to determine the two combatants of the grand final, the winner of which will be crowned premier for that year and receive the prized premiership cup. Victorian clubs Essendon and Carlton have won the most ever premierships with 16 apiece, closely followed by Collingwood (15) and Hawthorn (13).

AFL footballers are modern day gladiators, playing in coliseums in front of up to 100,000 people; these men run up to 20km per game whilst taking massive hits throughout four approx. 30-minute quarters. Life on and off the field is tough for an AFL footballer, only exacerbated when footballers have names like Dick, Cox, Johncock, Goldsack, Roughead and Sidebottom. Regardless, it is all worth it in the end to reach the ultimate prize: to hold the AFL premiership cup aloft.

This year in the 2015 season, 18 teams slogged it out over 23 rounds to earn a spot in the top 8, and subsequently the finals. They needn’t’ve bothered though, as it was inevitable that Hawthorn were going to win right from the start*.

In this year’s chapter of history, the might of the back-to-back defending champions the Hawthorn Hawks came up against the surprise packet of 2015, the West Coast Eagles in front of 98,633 people on a glorious October day at the Melbourne Cricket Ground. It was tipped to be an evenly matched contest with West Coast sporting the likes of the Coleman Medallist Josh Kennedy and last year’s Brownlow Medallist Matt Priddis, matched up against a Hawks squad littered with stars across the board, led by their courageous leader and two-time Norm Smith Medallist Luke ‘The General’ Hodge and along with All Australians Jarryd Roughead and Luke Breust. In the first round of finals, the Eagles had beaten the Hawks convincingly by 32 points in the second qualifying final in Perth. However things are different at the MCG, and that’s the way it turned out.

The Eagles kicked the first goal of the match thanks to a rubbish free kick to Luke Shuey, which he converted. However, the Hawks hit back with authority, kicking the next 9 goals thanks to some brilliance from Hodge, kicking the goal of the game (pictured above), a huge team-lifting check-side kick from the boundary line that set the tone for the rest of the match. The Eagles had some catching up to do in the second half after the margin ballooned out to 44 points. It was then when the game had a change of pace, with West Coast eventually finding their feet and beginning to build momentum – cutting the lead back to 24 points. However, missed opportunities cost the Eagles, and the Hawks punished them on the counterattack, kicking 7 of the next 9 goals – expanding the lead back out to 50 points – with superstar Sam ‘Should-Have-Won-A-Brownlow’ Mitchell racking up the disposals and carving West Coast up in the middle with his exquisite ball use on both sides of his body. The Hawthorn defence also stood up when called upon. New recruit, ex-Melbourne Demon James Frawley kept Josh Kennedy goalless for the first time since 2013, whilst taking 11 marks and gathering 22 disposals himself. 2015 Peter Crimmons Medalist Josh ‘Golden Fist’ Gibson had another day out, gathering 29 disposals, duking 9 marks and not giving the West Coast forwards a sniff. And late in the last quarter, when the game was already won, 2013 Norm Smith Medallist Brian Lake put in the greatest goal line effort ever seen in world sports*. With his ex-bulldogs teammate Josh Hill running into a seemingly open goal, Lake peeled off his man, closed down the angles and, diving full stretch, got a fingertip on the ball, preventing the goal. It was hard to find fault with the Hawks all day. Even Jack ‘I-Dislocated-My-Finger,-Better-Wear-A-Glove-For-The-Rest-Of-My-Career’ Gunston, who was returning from a knee injury sustained in the qualifying final, was the pick of the forwards kicking a game-high 4 goals. Previously much-maligned Ryan Shoenmaker (below, left) also played a blinder, clutching 9 marks, gathering 21 disposals and kicking a pivotal goal – validating why Bowie is trying to get the same haircut as him. In the end Hawthorn ended up running out 46 point winners, 16.11 (107) d. 8.13 (61).

Hawthorn mega-star Cyril ‘Delicious’ Rioli (below) took home the Norm Smith medal for 2015 for his 18 disposal, 12 mark, 2 goal and 4 goal assist game – highlighted by a gallant run down tackle mid-way through the 2nd quarter which ultimately lead to a Hawthorn goal building on their already daunting momentum. And thus, the Hawthorn Hawks team of 2013-2015 became only the 4th AFL/VFL team to win 3 consecutive premierships – the first to do so in the 18-team competition era – cementing them as probably the greatest team of all time*.

As smoke appeared on stage with ‘eye of the tiger’ song intro booming from the speakers, out came the energetic, lively, and spontaneous 18…