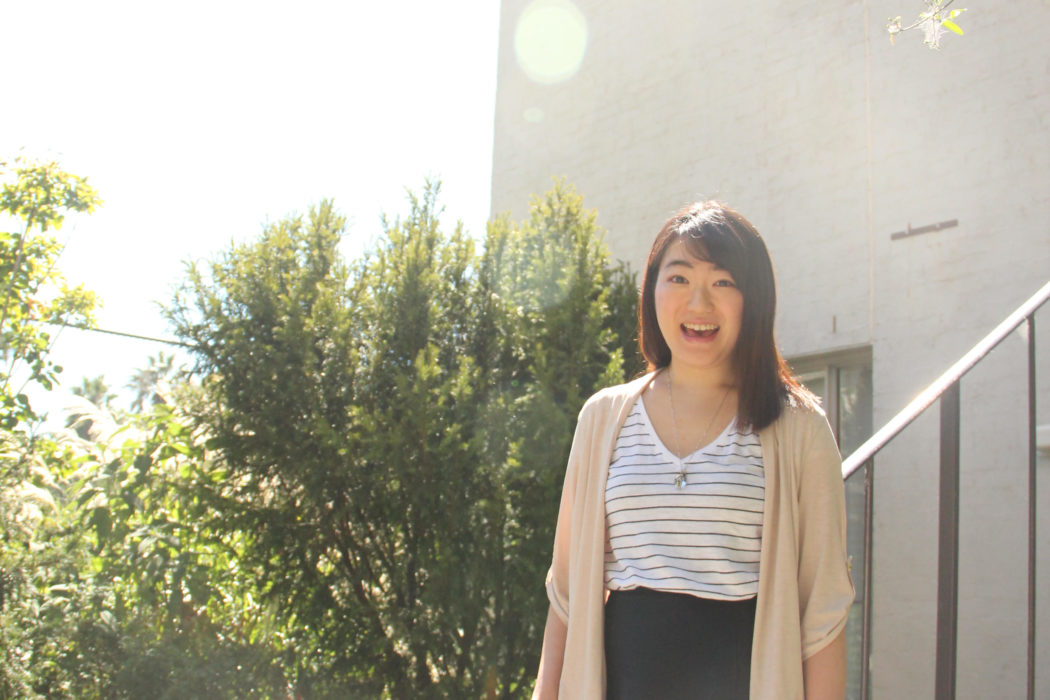 I heard that you sang Part of Your World during Karaoke Night. How did you get interested in singing?

I really enjoy singing karaoke with my friends in Japan because it’s everywhere. Before coming to Australia, I sang karaoke several times a week since karaoke isn’t as common and cheap like it is in Japan, and I knew I was going to miss singing karaoke alot.

Do you miss Japan?
The food is Australia is alright, since they have the basic Japanese food like miso soup. But I miss Japanese food too, since everything back home is miso-flavoured. And they don’t have it here in Australia, but I’m loving Australia so much!

What other talents do you have other than singing?
I enjoy learning languages, so I’ve learnt Japanese, English, French and a bit of Arabic.
I think Arabic language and its poetry is so beautiful, and I love the written language
of Arabic. I also love travelling, although it’s not exactly a talent. I’ve already visited
places like USA and Taiwan, and I wanted to travel to the Southern hemisphere, so
now I’m here in Australia. After learning Arabic, I really want to travel to the Middle
East, especially Egypt!

Final words?
I always wanted to be on such a page like the Humans of my university back in Japan,
but there are so many other people in my university who got interviewed instead. So I
was so happy that I’m going to be on Humans of IH. It’s like a dream come true!

The Boat That Rocked

After taking two trams and walking we eventually arrived at the docks where the boat was waiting for us. Everyone stopped and half listened…