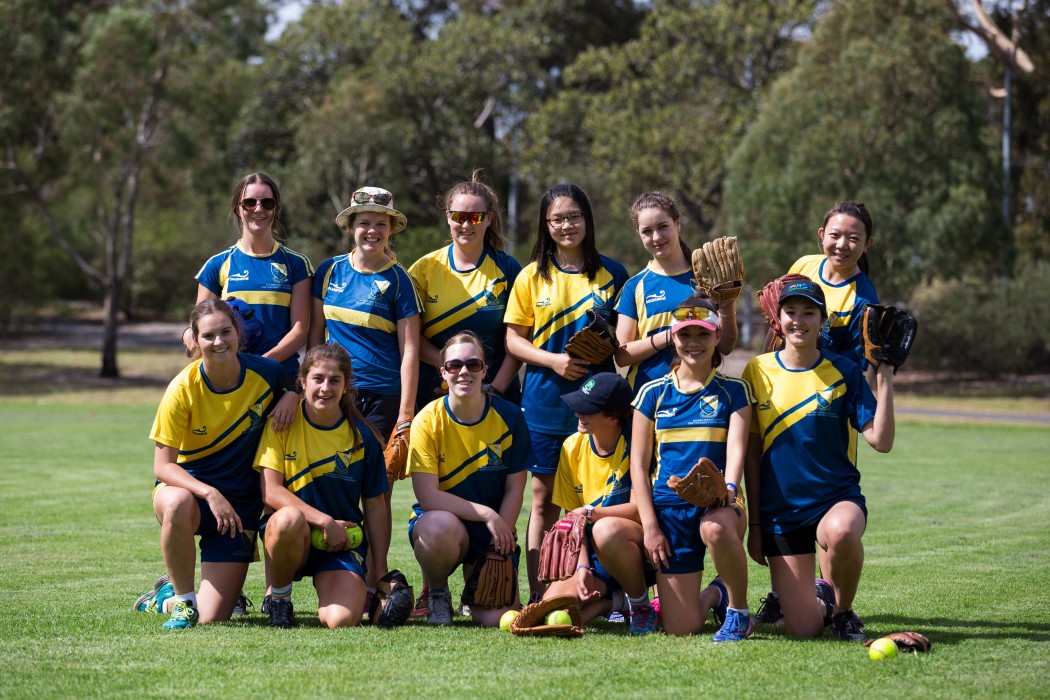 The International House sporting year started with a mixed bag on Saturday afternoon, as the college came away with a win and a loss. The boys’ quest for three cricket Premierships in a row got a huge boost, cruising to an 8-wicket victory against Ormond, seeing us march onto the Quarterfinals next Saturday. Unfortunately though the softballers went down to St. Hilda’s, despite putting in a fine display.

The sporting day began in the inner-north western Melbourne suburb of Ascot Vale and it was fitting that the ground was in the vicinity of Moonee Valley Racecourse because the IH boys cantered to victory. Captain Sam Briggs won the toss and decided to send Ormond in and it seemed a risky move early on. That all changed though when Kaveesh Jayasuriya, channeling his inner Sanath, came into the attack; he took the first wicket and from then on we dominated.

Despite a few minor hiccups Ormond were all out for 96 as they failed to bat out their allotted overs. The 96 was made with consummate ease as Sam Clements and Harry Graham set the foundation that allowed IH to reach the total within 10 overs.

Simultaneously, the softball was getting underway at Flemington Road Oval, with a strong IH contingent present. Despite the defeat to a powerful St. Hilda’s line-up there were positive signs to take into the game on Sunday against Newman. Notably, Elena Reid’s home run, Sarah Horsburgh’s pitching display and Jess Sleigh’s majestic catch in the third innings. With the second game happening on Sunday (after this goes to print) hopefully those positive performances can lead to an improved result, with the knockout rounds still in reach.

One mistake adults make when they meet wide eyed, impressionable children is asking this simple question: What do you want to be when you…