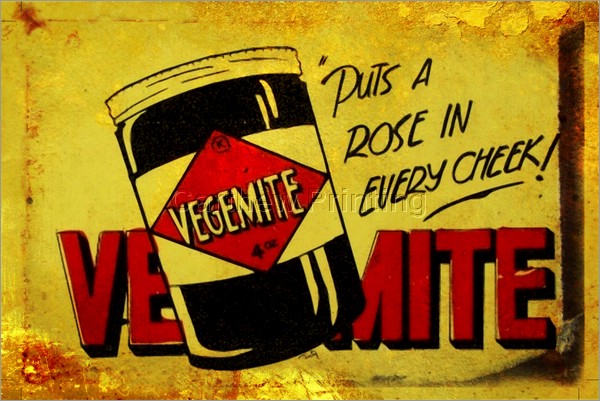 How desperate do you have to be to try and make alcohol from Vegemite?

In communities where alcohol is banned, the inhabitants have been driven to making moonshine out of Vegemite. In fact, Indigenous Affairs Minister Nigel Scullion suggests that Vegemite sales should be restricted. He said that Vegemite and its alcoholic by-product is a contributing factor of domestic violence and a decrease in school attendance.

Dr John Boffa of the People’s Alcohol Action Coalition, based in Alice Springs, says that the issue is an “isolated problem in a couple of communities.”

However, it seems that the focus is on the wrong issue. Why do people feel the need to make moonshine out of Vegemite? Where do these addictive tendencies come from? And more importantly, the issue of domestic violence can?t solely be blamed on Vegemite Moonshine. Why is Indigenous Affairs Minister Nigel Scullion focusing on the evils of Vegemite rather than the issues of abuse, addiction?

The truth is, that there have been funding cuts for Aboriginal domestic violence shelters. On June 30th the Djarindjin safe house had to shut their doors. In 2014, The Djarindjin women applied under the Federal Government?s New Indigenous Advancement Strategy to have their funding renewed. However, the funding was refused. Due to this lack of funding abused women had to be turned away due to lack of funding.

It is awful that people are abusing Vegemite in order to make moonshine. However, this issue shows the more devastating issues beneath it. Communities that are dealing with abuse and addictive tendencies need to be given the funding in order to tackle the issues. Focusing on limiting Vegemite sales is a Band-Aid solution and distracts the public and the government from actually creating positive change.

“She may contain the urge to run away, but hold her down with soggy cloths and breezeblocks”. You’ve probably all heard these iconic lines…