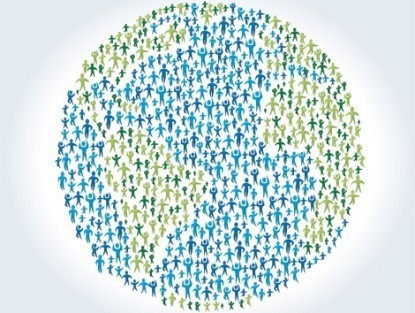 To Solve Global Health Inequalities, We Must First Rethink Politics and Economics

Health is a human right, which is legally enshrined in the International Convention on Economic, Social and Cultural Rights (ICESCR). Article 12 affirms “the right of everyone to the enjoyment of the highest attainable standard of physical and mental health”. Yet, this standard is only being reached in some regions, and globally there are huge inequalities in healthcare access and spending. This inequality is not random, but a systematic outcome of inherently discriminatory global political and economic systems.

These inequalities exist and are present in the political and economic global systems. Take the current system. Worldwide, people are organised into political units called states. According to United Nations Charter, the state governments are considered to be sovereign, which means they have ultimate control of authority within the defined borders of the state. This also comes with an inherent responsibility to provide for the security and well-being of its citizens. However, this responsibility is inherently discriminatory, because each state is only responsible for its own citizens and therefore will privilege its citizens above the needs of the global population.

Ideally, in an efficient global health system where everyone gets the highest possible standard of health, it would make sense to take some of the excessive health spending from Europe and redistribute that money in Sub-Saharan Africa and South Asia, where the need for healthcare resources is greatest. Although this would create a net positive outcome for global health, it represents a net loss of health standards in Europe. Therefore European governments, with responsibility only for the health of Europeans, will never agree to such a significant redistribution of their resources. States’ continued, structural discrimination against peoples who are not their citizens, which is necessary and legitimate within a state-centric global political structure, entrenches inequity.

These inequities are only exacerbated by an economic system that commodifies disease and seeks to incorporate it into the dominant capitalist market system. In a capitalist neo-liberal economy, all goods are considered commodities which are traded on a free market. Competition forces producers to become more efficient and ensures consumers get a fair price. However, commodifying health reduces it from a state of being to a good that can be traded. Without health, individuals are unable to experience the fullness of life, yet the necessarily competitive nature of an open market means that those who are unable to afford access to health commodities will be denied their right to health. In the same way that state-centric politics discriminates against foreigners, capitalist economic systems necessarily discriminate against people, and countries, that are unable to afford to commodities necessary for maintaining health.

For the last few months I have been invested in Oaktree’s End Poverty campaign. Oaktree is Australia’s largest youth run not for profit and…