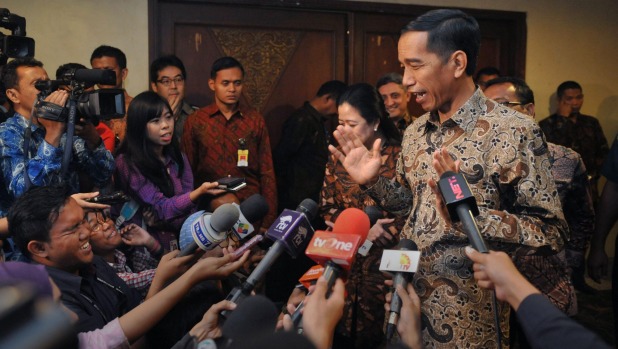 The latest instalment in the sage that is Australia’s relationship with Indonesia (and let’s be honest, it is a saga, and will probably feature quite a bit in this column) is the impending execution of the ringleaders of the Bali Nine drug smuggling ring, Andrew Chan and Myruman Sukumaran. Basically, these two lead a group of nine Australians who attempted to smuggle drugs from Indonesia to Australia in August 2005. The Australian Federal Police got wind of the plan and, rather stupidly in hindsight, tipped off the Indonesian police, who promptly arrested, tried and sentenced all members to either life imprisonment or the death penalty. It has been an ongoing legal and diplomatic issue ever since.

So what is it the big deal now? Basically, the new Indonesian President Joko Widodo has experienced a huge popularity dive since being elected on the almost impossible platform of eliminating corruption. In an effort to secure support that mirrors Tony Abbott’s draconian anti-terror laws (I’m sure these will come up in this column at some point or another) Widodo has decided that a hard line policy on drugs, including the execution of convicted traffickers, is the best solution.

So why is this a controversy? They were guilty, right? Yes, but in the 10 years since being caught, Chan and Sukumaran have been completely reformed. Chan became a Christian, was ordained as a pastor, started a church within the prison and has been counselling fellow prisoners. Likewise, Sukumaran has become an accomplished artist, and has started an art school in prison aimed at rehabilitating fellow prisoners. Both have been instrumental in ensuring the welfare of fellow prisoners. Do they deserve the death penalty for their crimes?

Unfortunately, this question in largely besides the point. Joko Widodo has got himself in a catch 22. Executing the men sees him portrayed internationally as a hardline president and angers Indonesia’s closest neighbour, Australia. Giving the men clemency makes him look weak within his own country, and would probably spell the end of his political influence. So sadly, what will ultimately be the death of Chan and Sukumaran is not the drugs, but the politics

Magic was in the air this Sunday. After a tryout session that only included one head injury, our team was primed, sharpened and…