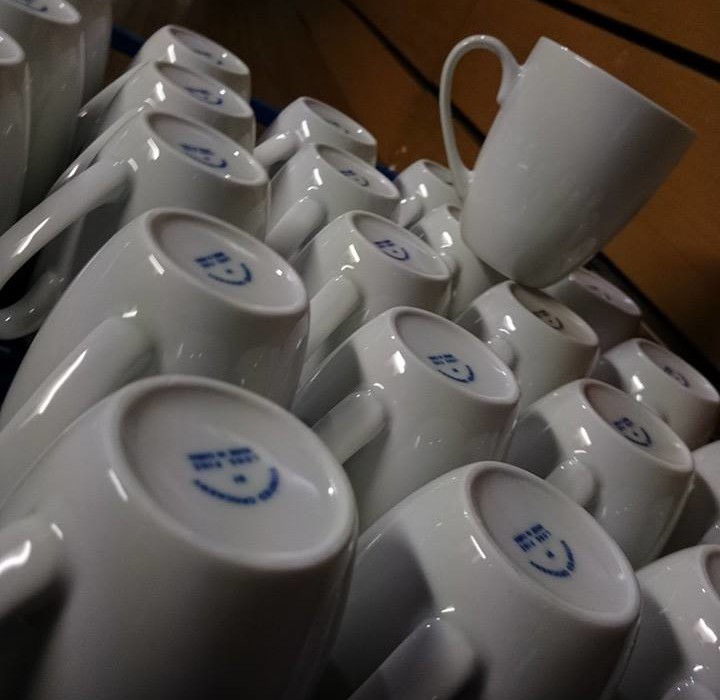 As part of the Environments Committee’s attempts to cut down on our landfill contribution the reusable Mugs initiative began this week. When it first appeared I wondered to myself: how effective was porcelain in combatting the destruction of our environment? Surely in a great battle between mining companies, logging, fossil fuels and cows and the environment, a white mug would not make much of a difference. Could it?

To find out I (uncharacteristically) decided to do the maths.

Meet Heather. Heather is an fresher at IH. She enjoys her weekends and, despite saying she will be on top of her work this semester, she is already a week behind. A typical IH-er one would say.

Now, Heather typically has two drinks a day from the coffee machine in the Dining Hall. She starts her day with a watery disgusting coffee for breakfast, in order to stay awake in her first lecture. In the evening she has a hot chocolate while talking to friends about how tiring Uni is.

Let’s say that everyone at IH is similar to Heather in their cup-using habits. With 300 IH residents and 200 (or so) days in the school year, the result is around around ONE HUNDRED AND TWENTY THOUSAND cups being used every year.

I know these are likely not being recycled for two reasons

Thus, these 120,000 IH paper cups are doomed to end up in landfill. These cups will not only take up space in the ecological waste lands that are the over full landfills, but will contribute to the production of methane and carbon dioxide gas, as the rubbish decomposes. Other problems with landfills, including the release of toxins such as mercury, are huge ecological problems that we face in modern society.

Now how much impact does that measly paper cup play in this environmental travesty?

Well, usually a single paper cup will take 2-4 weeks to degrade in landfill (if conditions are right). If so, this means that collectively it takes 1,680,000 days, or 4600 years for the rubbish produced in a year by the IH coffee machines alone to decompose.

Having seen the impact that just my paper cups usage creates; I applaud the Environments committee’s creation of the reusable mug program. These porcelain mugs might not be the most famous hero of the battle over climate change, but they are certainly a start. The program shows how it is the little environmental decisions that may have a big impact on our earth’s future.

Have you ever experienced a spine-tingling, goose bump-inducing, exorcist-requiring piece of music? Well for me, a song will generate such a response if it…