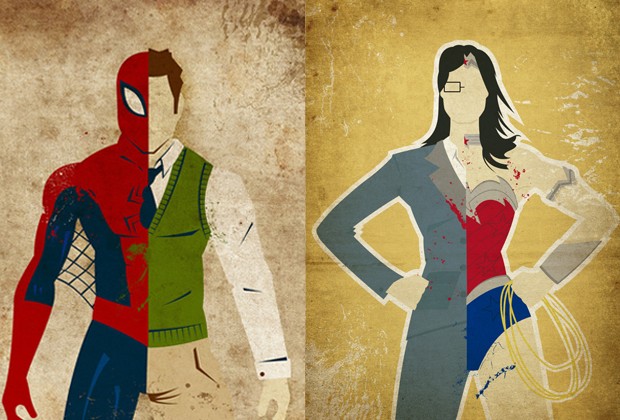 As tutorials usually do at the beginning of a new semester, the not-so-awkward get-to-know-your-tute-mates activity launches the hour. Is it me or how awkward are they? In one of my tutes the get-to-know-each-other line up entailed the usual; a self-introductory mini – speech and by that I mean: saying our name, what we’re studying and which actor or actress would play the leading man or lady in a film starring us. A film on my life really, how far fetched right? Seeing as my watching of anything is as mainstream as it gets: trending TV series, trashy reality shows & romantic comedy chick flicks that incite waterworks, my pick was arguably as cliché as it gets. But because I’m me I switched up the question and chose a mesh of two leading ladies in different tv series who depict who I like to think resemble my alter ego.

Once the awkwardness ended I booted up my laptop and spent the rest of the tutorial taking quizzes on who would play me in a movie – I won’t embarrass myself and tell you how many quizzes I took. So, my possible leading stars are as follows: Bradley Cooper in a light romantic movie because I’m good-looking in an evil way – apparently, Jordin Sparks as I’m one intellectual and passionate sista who puts her heart and soul in whatever she does – oh yes, Bella Throne – whoever she is, due to her super sassy nature and her love for the fun times or Julia Roberts because love sometimes arrives when it’s darkest – …. I have to say it was my most productive tute – ever.

Now to reveal who I believe signifies my alter ego in fictional form – Christina Yang and Donna Roberta Paulsen. Christina Yang who’s in Grey’s Anatomy because I strongly believe I was destined to become a cardiothoracic surgeon. Seeing as things don’t always workout pursuing an Arts degree was the next best thing (ha). Plus her ambition and drive is just waaah. But seeing as Christina has the emotional intelligence of a man (apologies to the oh-so few males this doesn’t apply to) Donna has it covered. Need I explain Donna? Those who adore Suits like myself know too well how calm-cool-collected this babe is.

We’re keen on hearing who you think your alter ego is or who you believe your fellow IH chum(s) are too. Hit us up and let us know!

Facebook/Message/email us with your response!

It’s about 6:00pm and I’m bored out of my brains, roaming around my room procrastinating relentlessly. I sit down and decide to check my…