Two weeks ago the residents of Wadham 3 ventured down the deserted, “other” staircase, with no intentions of finding anything. There, at the bottom of the stairs, they found an emergency sign with no apparent purpose resting on the floor. It was retrieved by one of the residents who brought it back up to it’s new home on third floor. It was then placed outside the door of the floor tutor, serving as the catalyst for the events to come. This door belonged to Justin Smallwood, a tutor, but more importantly a victim. Over the following days the sign was moved around the floor to various positions by an unknown source, until it has found a permanent residence in the bathtub. While this may seem an isolated event, it was far from it, and so began the Buttergate Scandal.

What is Buttergate you may be asking? Well, even the residents of Wadham 3 don’t completely know. Last week a packet of high table butter was mysteriously placed on top of Smallwood’s handle. Smallwood, once again the victim, is then suspected to have moved the butter to the other resident’s door handles. The butter has now, and still continues to make its rounds around the door handles of Wadham 3. Has the victim become the perpetuator? Are all the resident’s involved in this conspiracy?  All that is known is that Nathanial Brady wants answers.

So do we Nathanial, so do we.

In a continuation of events, the name and poem signs that were placed on our doors by none other than our beloved O-weekers have been targeted. The signs have been moved around the floor to doors that do not associate with those names. This can only be described as the purest form of anarchy. How will we know which resident lives where? Will Hugo assume Carrie’s identity? It is yet to be seen.

Loaded glances and raised eyebrows have been noted amongst a few of the residents, perhaps a sign of more to come. Watch out, Wadham 3. 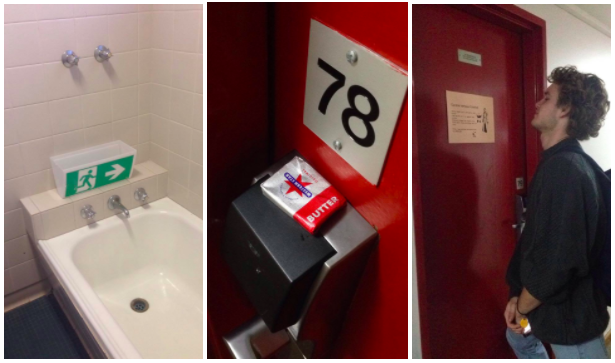 13 Reasons Why – A Glorification of Suicide?

When this show was first released, like everyone else, I binge-watched all 13 episodes immediately. As a huge fan of the book, I…