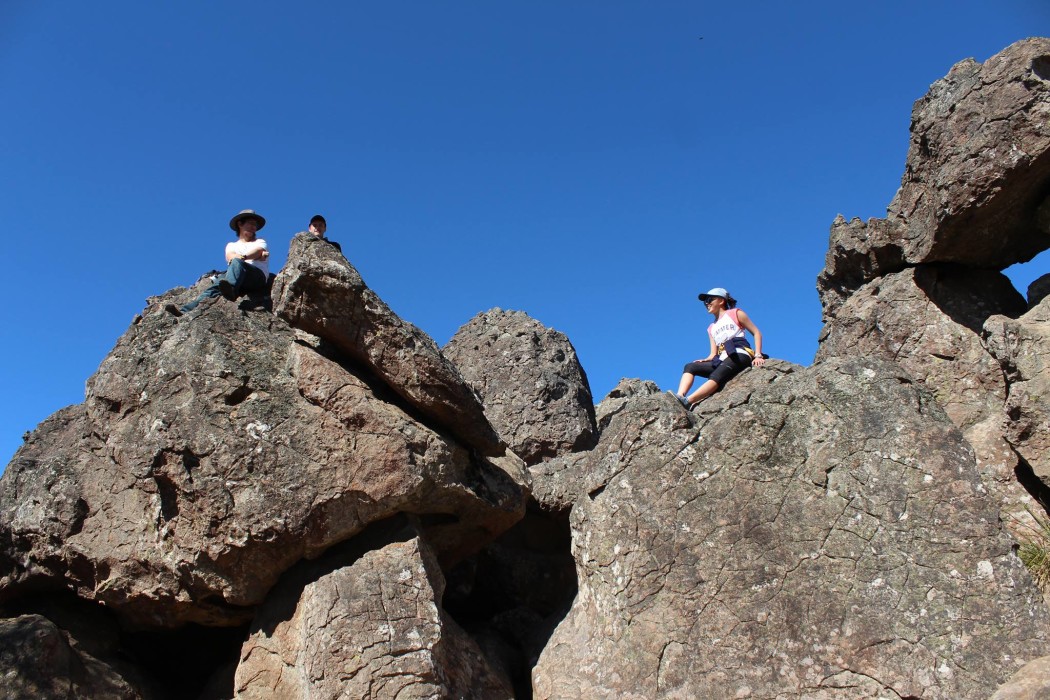 On a calm autumn day with perfectly clear skies, a merry band of Pandas ventured north. Our quest was to reach the mysterious Hanging Rock, where legend says a group of college girls went missing 115 years ago.

The first obstacle in our journey was met soon after we left, as although we had packed enough food for a feast of biblical proportions, one item had been overlooked. An essential chocolate treat of any picnic, the mighty Tim Tam was missing. In a state of panic, our ship was steered off course in search of a Tim Tam vendor. Having reached the Pascoe Vale Supa IGA, the navigator made an objection toward visiting this establishment and insisted on continuing further away from our destination, hoping to find the North Coburg Aldi.

Having realised that there was no Aldi in North Coburg, a further observation was made on the absolutely torrid state of westbound traffic. Now an hour behind schedule, the side-quest for Tim Tams was abandoned.

Once we had painstakingly crawled our way onto the freeway, it wasn’t long before we found ourselves tucking into the huge supply of food in the Hanging Rock carpark. Hanging Rock is a volcanic formation more than 6 million years old, made of a rare form of rock called solvsbergite. This rock is so rare that it cannot be found on Wikipedia, although this could just be a sign that it’s all a load of rubbish.

The real importance of Hanging Rock is in the story of the missing girls, apparently so significant that the Victorian government recently declared the area a protected historical site.

Despite clamouring over every rock and crevice, like many others before us we were not successful in finding the missing girls. (Although there wouldn’t be much left of them these days!)

After a brief visit to the marvellous Forest Glade gardens, we ascended the peak of Mount Macedon. This 1,001m high mountain is the tallest within sight of Melbourne, however a thick haze and the rapidly setting sun prevented us from seeing much at all.

Having turned our attention to dinner, another delay was experienced as our navigator suddenly decided to wander off into the dark bush, mumbling something about a jumper he forgetfully left there a while ago. We were then subjected to half an hour of stomach rumbling before he returned empty handed and rather cold.

Becoming increasingly ravenous, we descended upon an unsuspecting pizza shop in the town of Macedon, which we soon determined to be better than even the finest offerings of Carlton.

Warts in a doughnut – what an absolutely delicious image. Nonetheless, that’s exactly what’s been happening just across the road: the Whitley Annual Residential…