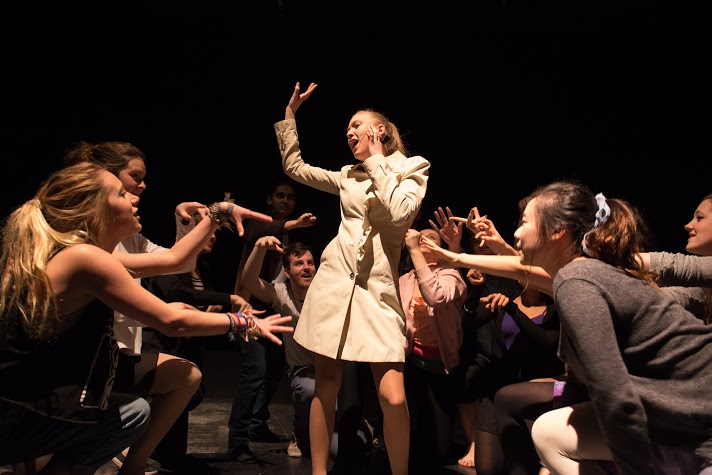 IH’s annual play is here! And this year it is the 1980s stage musical – Fame! Directed by Freya and Hamish! Here is a brief synopsis in case you are as ignorant as I was.

Fame chronicles a group of student’s time from their audition into the High School of Performing Arts through to graduation. Set in New York, a group of talented students grapple with their own unique struggles as well as the pressures of school, heartbreak and rejection. Fame aims to discuss serious issues through fun musical numbers, bringing them into the public eye in a safe environment.

Their teachers Miss Sherman (Hannah Palfreyman), Ms Bell (Natcha Limpianunchai) , Mr Shienkopf (Rob Soh) help their students along with their studies and support them through their most trying times.

The live band, conducted by Sophie added to the authenticity of the production. The music was catchy, funny, hopeful and at times emotional. On top of everything, I wouldn’t be able to give the production enough credit if I didn’t mention the backstage crew.

The production is being held in The Open Stage, which is the perfect performance space for Fame. It feels like you have been transported into the High School of Performing Arts, surrounded by talented and aspiring actors, dancers and musicians.

I entered for the second dress rehearsal and saw a very tired looking group of actors and stagehands. And no surprise! These dedicated performers have been practicing non-stop for the last three weeks! I was so excited for them to show their stuff. There was a buzz between all the actors, as they got ready to go through the production.

The moment everyone stepped on stage, they transformed. The first number had so much energy and truly brought you into the world of the School of Performing Arts. The audience is introduced to all of the students as well as the wonderful teachers. Lou makes the best eccentric Drama teacher! Every time she came on stage I began to laugh. Without giving too much away, Jonathan’s song in drama class is one of the funniest songs I have ever heard. And this is after watching his Mr IH performance. Along with more notary performances, Brett’s role cannot be missed.

Fame manages to encapsulate the hopes, dreams and vibrant desires of ambitious students. It shows the angst of failure as well as burning ambition. It also captures the sweet emotions of unrequited high school puppy love, mixed with the horniness of adolescent boys.

Things to look forward to:

So go get your tickets and head over to Fame!

Growing up in the town of Lorne, situated on the Great Ocean Road, Connor has led quite a thrilling life so far. Being a guitar player,…