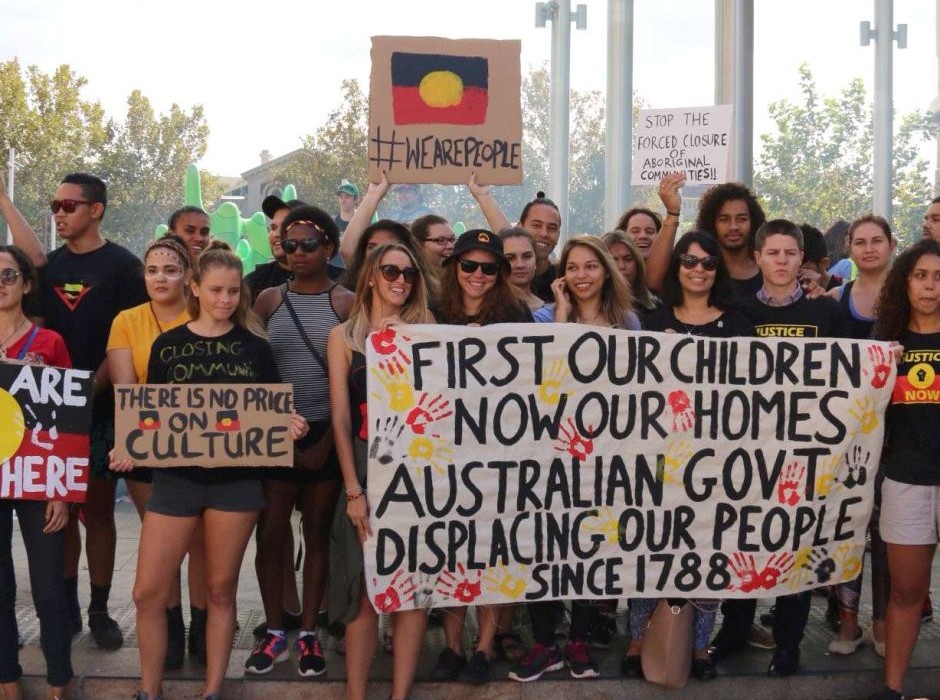 On 1st of May 2015, you probably won’t be able to get a tram down Swanston St. You might curse under your breath, and be frustrated at the trouble caused. At least until you realise why.

The Abbott government is withdrawing funding from remote indigenous communities. Tony Abbott himself said that he wouldn’t “endlessly support lifestyle choices” related to living in the remote communities, many of which are in South Australia. Now, apart from the fact that our glorious leader suffers from a terrible case of foot in mouth disease, there are several other rationales for this decision. Actually, no, that’s wrong. There is only one. It’s economics.

Basically, the Abbott government tends to be neo-liberal: small government, everybody fends for themselves, if you get rich, then good on you. So a remote community, which poses significant health, education and services costs on a government, without producing anything valuable in an economic sense, is a drain on the system and should be removed. This leaves the Western Australian government, no longer riding high on a China-fuelled mining boom, unable (and at least somewhat unwilling) to support those communities. So they are planning to remove the services and leave people to fend for themselves. Or maybe even forcibly remove them from their land (good to know Australian policy has moved on a lot since the stolen generations!).

Some of you may be outraged at this point. Good. Because remote communities are not simply economic drains. They are the site that indigenous peoples have occupied for thousands of years. They are part of their history, and part of their identity, in a way that you and I could never understand. They have cultural and social value that is indescribable in economic terms.

However, there are economic reasons NOT to shut down communities as well. Like the question: where are all the people going to go? And the answer: probably Broome, Kununurra and Fitzroy Crossing, all communities with too many people, too few services, not enough housing and work and huge social problems. Yep, that’s definitely an improvement. People are definitely going to be productive little economic worker bees in that environment.

Shutting down communities is not the only option, even when government resources are scarce. Schools can, and do, happen through radios and the internet (I myself have done distance education). Locals can be trained (and employed) as community health workers, provided crucial and basic care. We’ve provided for isolated cattle stations for hundreds of years. Why can’t we provide for remote communities?

So why won’t you be able to get a tram down Swanston St on May 1st? Because there is a protest happening. A protest against the closing of Aboriginal communities. A protest about the forced removal of people from their land. And a protest against individuals being seen as nothing more than economic resources. So instead of complaining about the trams, you should go to the protest and show your support!

What is NAAUC You don’t know?.. well… this is a bit NAAUCward… *flails closed fist* SHAME! NAAUC stands for the National Association of Australian…