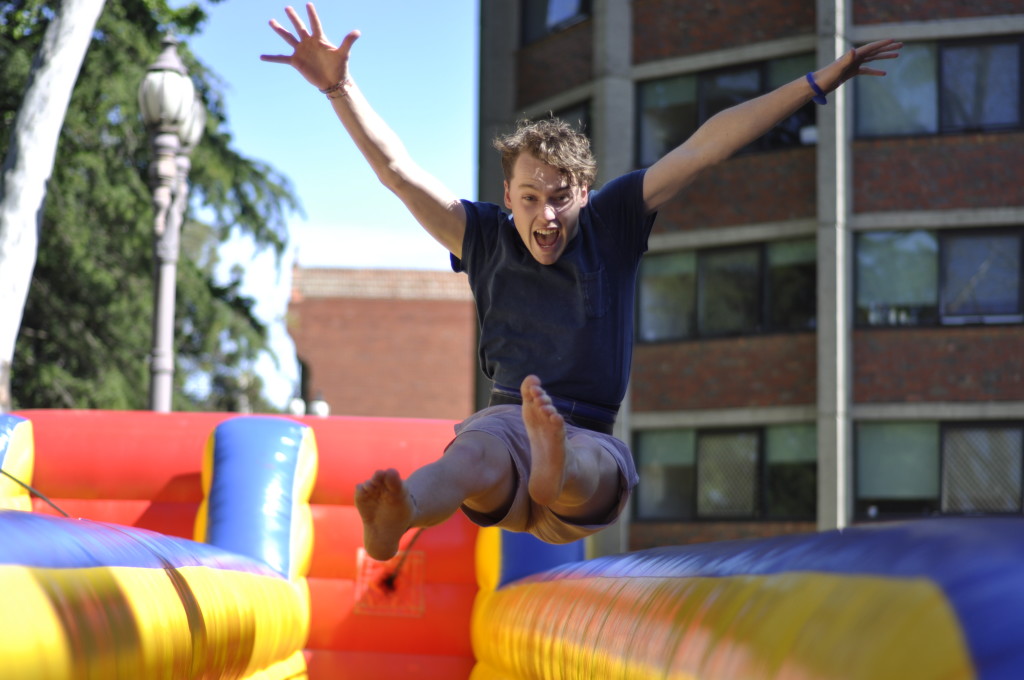 I awoke on IH Day as excited as a small child on Christmas morning. I ran to my window, quickly opened the blinds, ready to see the jumping castle that was promised.
It was not there. It was also only 6am.

I knew that this as my 3rd and final IH Day was going to be special. The first to not also coincide with Quidditch, the whole day was set aside for super special fun times! Starting with the bouncy castle, which I’m pretty sure have gotten more exciting the older I get (bouncy bouncy, ooo such a good time, bouncy bouncy, everybody somersault, somersault, SOMERSAULT. Every time I bounce, I feel I touch the SKYYYYYY)

Moving on to the sticky wall, with the suit that now contains half of Inika’s hair. I’m sure we all enjoyed watching PC personally attack the wall, then Mingkai who literally climbed to the top, only to fall off.
From those who remembered that running-pulling-back-thingie from last year (the name escapes me, it holds memories of burns and pains) it was good that it was not wet this year. Special mention must go to George, who attempted the thing in the sumo suit. Nicely done.
Onto the sumo suits, this new addition was incredibly exciting. A true battle to the death, then the battle of trying desperately to escape from the suit.
The tradition of playing laser tag reached a new level for me, using my room as an excellent stakeout point to be an assassin. Kudos to Peng Tiong whose skills in this game have reached an entirely new level.

No IH Day would be complete without the traditional Halloween party, and party we did. I don’t think any detail needs to go into that…

A super big thanks to Vishnu for the awesome job he did organising the day. Totes brillerz. #yearofthepanda