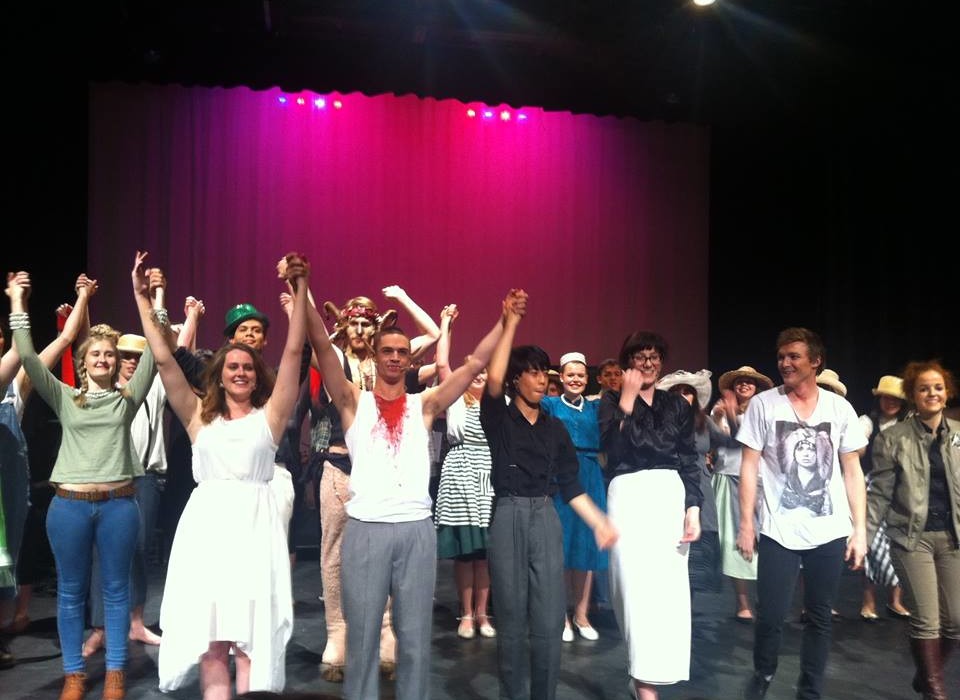 Four Shows. One Week. Not an easy feat.

This is a time of joy and madness for theatre lovers: there are shows popping up left, right and centre, and it’s hard for the discerning connoisseur to even decide what they’ll take the time to go see. With that in mind, here are some brief reviews, in hope that the average reader can have some semblance of knowledge of what’s stirring in the wild world of student theatre.

The Importance of Being Earnest

Produced by the Ubermensch theatre group, the show was a solid interpretation of an absolute classic. What’s more, our very own Jonathan Evans was a part of the cast! During some interviews I conducted (aka a casual conversation with someone I met one time), they mentioned that they ‘most enjoyed Lady Bracknell and the butler’. I have to echo this sentiment – they were definitely stand-out element of the show. Overall, the production was highly professional. There were no obvious slip ups, the set was excellent considering it was such a small budget show, and all cast members managed to hold their own and keep to a high standard of stagecraft. As this author’s first live viewing of the play, I must say I’m very happy with my ‘Wilde’ introduction and the show was a success!

This is a cast whose windows you can peek into from your room here at IH: our closest neighbours, Whitley, emerged from their donut brandishing a weird and terrifying musical. Don’t confuse  ‘Batboy’ with ‘Batman’ – this is not some superhero parody or coming of age musical with a happy ending. Comedic horror would be an accurate description; I spent the whole show either gaping at the events that unfolded before me or laughing my head off. I wasn’t sure what to expect when I first sat down, but within the first five minutes I was transfixed. Whitley honestly exceeded my expectations: their cast was great (and huge! It looked like half their college!), the production elements were really well done and the actual musical was a great choice and really well written. Nothing disappointed me. I have to give a special mention to the actor of ‘Batboy’, the mother and the veterinarian father. They really shone, and managed to give a lot of depth and complexity to characters in a musical about a child who was half-bat, which is honestly an impressive feat. If you didn’t go to this show, you missed out.

Because of their extensive reputation, I had VERY high expectations going in. I must say though, Ormond did a very good job for an amateur theatre company doing Sunset Boulevard.

It’s not the easiest, requiring an extensive orchestra and balancing many actors onstage at any given time. There were a few technical issues, with microphones not being loud enough and oftentimes, the band was uncoordinated, however Isaac Martin, was absolutely phenomenal as the male lead with a voice you would not expect from someone so cute-looking and studying math and physics! Elisabeth Enright, who played Norma Desmond was absolutely perfect in her portrayal of a faded, eccentric former screen star and I empathised with her deeply. It’s not a ‘fun’ musical and it had its flaws, that’s for sure. but I admire the effort Ormond put in and the musical highlighted the ridiculous talent of some of their students.

From comic strips to TV, big screens to the stage, the quirky Addams family has been with us for 76 years. However, last week we got to see a new side to them when our friends from across the road, UC, performed the Addams Family Musical at Union Theatre.

The plot follows Wednesday Addams and her secret boyfriend forcing their respective families to have dinner together, hoping they’ll all be (relatively) alive and (relatively) sane by the end. The cast were hilarious and very well-suited to their parts as marriages formed and fell apart, all in the least normal manner possible. The leads were all fabulous, each with their own individual stage presence demanding the spotlight for the development of their characters as well as the witty one-liners scattered throughout the plot. Congrats are in order for the chorus who were always supporting from the back in perfect and diverse characters. As ghosts, Egyptian queens, and brides danced across stage, the audience was reminded that sometimes the stories left untold are the most intriguing ones of all.

A big shout-out to the band who moved through the pieces like pros, and backed the action on stage. It’s a million times harder playing songs which people know off by heart (and who doesn’t know the theme from the Addam’s Family?), and they played spectacularly! All in all it was a delightful performance, filled with College Crescent pride from start to finish!

As we set sail towards LAN, here’s some advice from your friendly Captains (Jim and Rob) and their crew on how not to get…