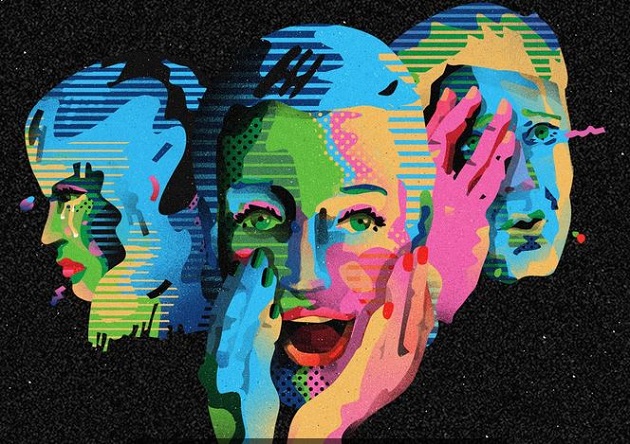 The dynamic directorial duo Anna Boden and Ryan Fleck’s newest movie Mississippi Grind had its Australian premiere at the Melbourne International Film Festival on 1st August. This drama takes audiences on the journey along the Mississippi with gambling addict Gerry (Ben Mendelsohn) and his lucky charm Curtis (Ryan Reynolds) to acquire the money needed to repay Gerry’s debts. However, Gerry’s debts are not the only thing that is being sought after on this road trip. Both men gamble regularly on their lives like it’s a game, from minor decisions like whether to stay at a race track to more serious issues like love and relationships, making for an intriguing friendship between this kooky pairing.

To bring this relationship to life, the casting of Reynolds and Mendelsohn was a brilliant choice. Mendelsohn adds a subtle spin on the usual caricature of a gambling addict. He doesn’t let the financial stress his character is under to override the other equally important issues that plague his character. This, combined with Reynolds’s deeper look into his usual nonchalant, charmingly attractive character allows for a contrasting friendship which enables depth in their relationship to shine over the at times slow story. This perceived slowness could be due to the repetitious shots which reflect the characters? constant journey from casino to casino. Every town is met with a montage of wide shots, however, the lovely southern jazz soundtrack accompanying these shots almost bring a fresh feel to the repetitious foreshadowing of disaster that looms at each new town.

Furthermore, for those expecting a high stakes poker movie, it is a missive disappointment. Unlike the fast paced Los Angeles or Vegas set, 21, Oceans series or The Gambler; Mississippi Grind’s is a road trip movie, thus it is story should override the setting.

The Deep South in which it is set is not very receptive to change historically. Thus the incorporation of the history of the landscape through the shot selection and editing helps demonstrates and highlight the character arcs that Gerry and Curtis go through throughout the film and the everyday grind they must endure to create necessary change. This connotation is almost an ode to the original opening shot of the rainbow (which is a common theme and sign of luck throughout the story). The quizzical nature of the single shot before the opening title and sequence leaves an intrigue which is never quite fulfilled until the end of the movie

Much like Gerry and Curtis themselves, Boden and Fleck take audiences on an unknown journey down the Mississippi. Tight, long close ups are frequent, especially in the casino scenes, allowing the audience to have an intimate connection to the characters. This, combined with the nature of the story alludes to a sense of the film itself being a poker game with the audience trying to if Gerry and Curtis will eventually fold and deal with the issues they are avoiding. However, this game is not ended; the ending sequences leave audience not knowing or at least needing to presume what Gerry and Curtis are going to do next on their individual journeys. And thus, the genre expectation of a road trip movie is unfulfilled as the story falls short.

Overall an enjoyable movie – 4 out of 5 stars.