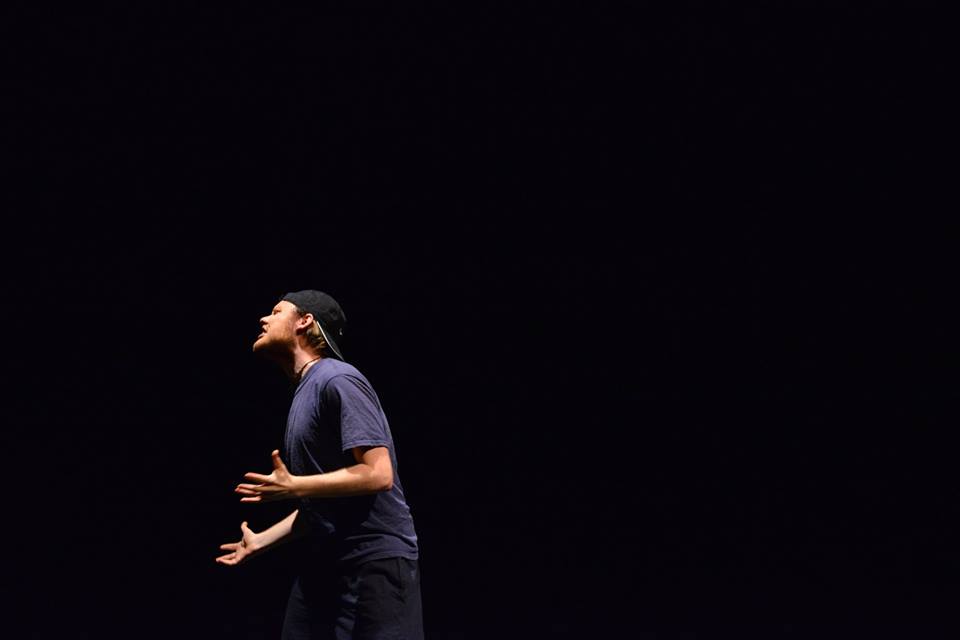 No doubt a large part of the International House community saw our production of “Blackrock” by Nick Enright which explored the fallout on the town after the rape and murder of a young woman. The show was a remarkable success due to the talent of the cast, the hard work of the crew, and the great vision of the directors. However, I’m not here to review and discuss the overall outcome of the play, but instead my experience of playing the “antagonist” Ricko. My apologies if this sounds like a literature essay, I’m currently putting off another one to write this.

Ricko was perhaps my most challenging and, at the same time, most interesting character that I’ve ever had to portray. Having done theatre going on fourteen years, I have predominantly played characters that more or less lie in the humorous spectrum. I was a monkey with an attitude, quick-witted Robin Hood, a bumbling rich merchant, and a rather exasperated White Rabbit. These characters exceptionally fun to play and certainly expanded my range, but they lacked a certain realism that I did not experience until my coming to university. I began my foray into more mature characters when I was cast as Mrs. Van Amersfoort in the ICAC production of “The Book of Everything”. She was a rather quirky woman who had suffered much at the hands of childhood ridicule and the horror of watching her husband executed. But, despite that rather dark past, I felt I was still playing a character that was comedic. Many of my scenes produced laughter rather than tears and while I’m not complaining at such a positive response, it still did not feel like a mature character.

Ricko, on the other hand, was like diving into the deep end of realism. On the surface he appears quite amicable and well-adjusted, if a little morally misguided when it comes to alcohol and women. However, as the play progresses, we’re exposed to the darker side of Ricko’s personality and it’s honestly quite horrifying, especially to portray. I had several people come up to me and say they were a little nervous to speak to me after they had seen the show. He tries not once, but twice, to sexually abuse two different women and kills the first one after she fights back against his completely inappropriate advances. He then pressures his best friend, Jared, into lying for him to the cops to save him from jail, and then drunkenly attacks Jared when he refuses. With every scene, Ricko devolves from the charming rapscallion beloved by most into a true monster, and eventually suffers the age-old fate of all monsters: Death. To have to step inside the skin of someone I find so morally abhorrent and completely opposite of me was not easy, but at the same time, it was oddly quite fun.

It seems strange to say that, and I’m still a little hesitant to use the word now, but I find no other way to describe it. Ricko is a deeply complex character who, despite his many horrendous actions, has redeeming qualities. I have always thought some of the best characters to play were those that made it entirely hard to love or hate them. Ricko is no exception. What’s very interesting about this character is that he has two instances of doing something commendable and two instances of doing something terrible. However, we are only exposed to the smaller of these pairs of instances. Off stage, Ricko sexually assaults and then kills Tracy Warner. Also off stage, and in the past, he saved Jared’s life when he found him badly bleeding after an accident while skating. These are two of the biggest moments of his life, but we are not exposed to them visually. Instead, we see the smaller microcosms of those events. On stage, Ricko sexually assaults Tiffany and then attacks Jared. As well onstage, we see him save Toby from choking on his own vomit and escorting him to safety. This is no accident on Enright’s part. He is trying to show that even the worst rapist or murderer is still, deep down, human. Does that excuse their actions? Of course not, there is nothing that can excuse their actions, but it does shed light on why some of us can still sympathise with them. As Rachel says in the play about Ricko “He did the worst thing. He made someone die” but despite that, Jared is still able to remember the good things that his friend did, calling Ricko “a mate”.

Ricko was, in all honesty, a truly milestone performance for myself and yes, he was fun to portray. I wat to be clear and say that I condone none of his actions, they were wrong and should be looked upon as such, but they were also enlightening. I learned about what I was capable of and comfortable of in terms of my acting ability. It was not easy to step into his shoes, but I’m glad I did as it has opened up a whole new perspective on the way I perform. A huge shout to my cast members for being such valuable teammates to engage with to fully understand this character, you all helped so much. Special thanks go to Thomas Williams and Lauren Robinson for their stellar performances during Ricko’s darker moments, it really made the scenes so much more real and impactful.

I wave goodbye to one of my most eye opening characters and look forward to when I will experience the next.

Susie asked me last minute for a model to enter into the ICAC Arts and Writing competition, so I sent her along to St….