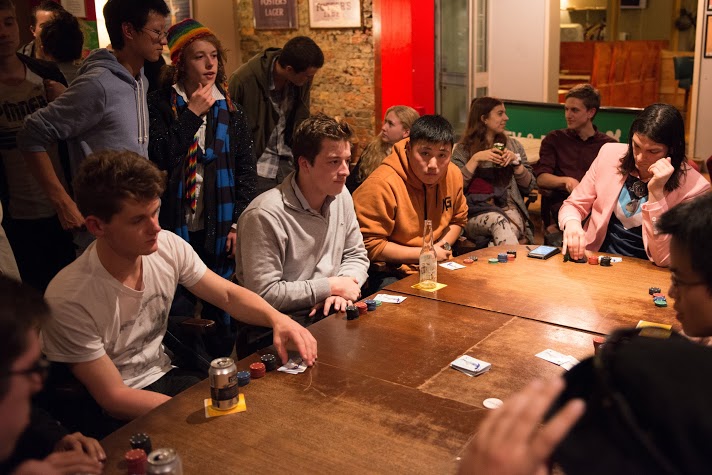 It’s about 6:00pm and I’m bored out of my brains, roaming around my room procrastinating relentlessly. I sit down and decide to check my Facebook and hear about the ICAC PADACAC tournament, keen to dominate the darts tournament. In sheer excitement I message Bridget harassing her that I must be a part of the team as I was adamant that I’d win.

I show up fashionably late, right on time for my first throw of the first game with teammate Tracy Grimshaw.

At first I was really excited when I looked to my right, seeing that the IH panda had joined us to support the team, then I realised it was just Matt.

Somehow, he made it to the final table in poker. What shocked me even more though, is that Liam Bowman beat someone in chess. However, to our misfortune, the pool team were royally duped by some schmoe from Whitley.

Are You Part Of The Problem? – Carrie CV

In 2017, and in such a diverse and multicultural community like International House it seems a bit ridiculous that people continue to casually perpetuate…