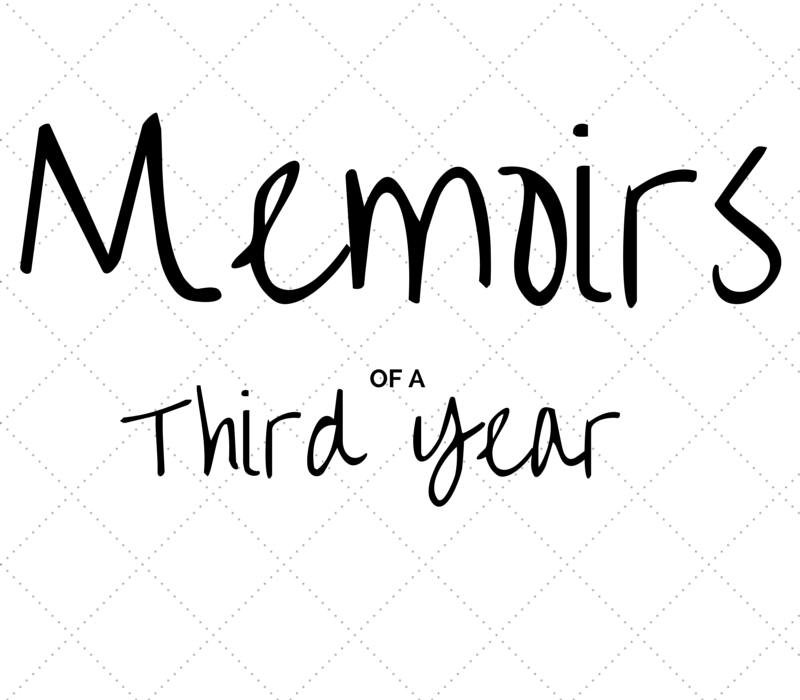 The idea of this column came from Khaya and Emma’s reflections on being a third year at IH. We hope to chronicle the experiences of those mythical creatures, the Third Year students at IH. Hopefully, it will be a source for inspiration and to show you where IH and studying at Uni can get you. We hope to ‘glamorise uni where it loses it’s panache, the college’.

Hey! I am taking the Bachelor of Science majoring in Computing and Software Systems. I started at university wanting to major in electrical engineering, but a second year computing subject made me change my whole major. I definitely do not regret getting into this major. Things started to get interesting in my second year where we learned about databases and object oriented programming. Sounds boring? It’s true that some subjects are really dry; the fact that they are taught by boring lecturers doesn’t help either. BUT, there is A LOT of help online. Also, we get to build games and websites and learn about artificial intelligence and machine learning. The best thing about this major so far is the fact that although I’ve only been coding for a year and a half, I’ve already published 3 applications on the actual app stores, and have been involved in developing 3 commercial websites. There are also many opportunities in this field. A lot of start ups, growing businesses and even big companies like PwC, EY and CommBank are desperate for graduates with IT-related degrees. The down side is that this field is very competitive. There are a lot of people out there who have learned the things I learn in this course by themselves. Sometimes, degrees don’t matter much as long as you have the required skills. Also, technologies update all the time. You will always have to learn new things to be competitive. But I highly recommend it as it is very satisfying.

So, as you have probably all guessed from my Globe rants, I’m a (very passionate) 3rd Year Politics and Chinese major. Basically I’m doing 2 degrees at once. The politics aspect of my degree involves trying to understand the causal chains behind world events. For example, why did the US invade Afghanistan in 2001? Because of 9/11, which happened because the CIA had given training, funding and weapons to the precursors of the Taliban and al-Qaeda, which they did to counter the Soviet invasion in Afghanistan in the 1980s. The Soviets invaded because they feared the fall of a communist government to political Islam following the 1979 Islamic Revolution, which happened because the CIA had orchestrated a coup installing what was basically a puppet government for the US in 1953. So that’s what politics students do!

As for Chinese, I’m still not very good. I picked it up in first year because I am interested in working for the Australian government in an international setting, and Chinese is a crucial language at the moment. Also, it’s absolutely fascinating. One of my subjects this semester involves tracing modern Chinese history through the development of Chinese literature, which is really interesting, particularly in a culture where literature plays such an important role. But perhaps my favourite subject was a summer intensive I did in Shanghai, which gave me my first insight into Chinese culture, and an opportunity to meet some awesome Chinese people, and to dance in the street with some of them!

Reflecting on my degree, I’m really glad I chose to study what I did. It’s given me such an insight into how the world is structured, how people think and why certain things happen. Looking to next year, I’m hoping to start working on government policy as a graduate, but that involves getting a job, which is an interesting experience in itself.

(Sorry Khaya, you said 250 words, but this is what happens when you ask Arts students to write things!)

Apart from studying, I definitely recommend getting involved in activities outside studies and IH. I’ve been involved a lot in the Christian Union at uni, which has been awesome. We spend so much time together that the running joke is that we are ‘studying a bachelor of Christian Union’ (but seriously, I spend more time at CU than I do in classes)! It does mean though that I struggle to walk around Uni without running into people I know, which can’t be a bad thing, can it?

On a calm autumn day with perfectly clear skies, a merry band of Pandas ventured north. Our quest was to reach the mysterious Hanging…