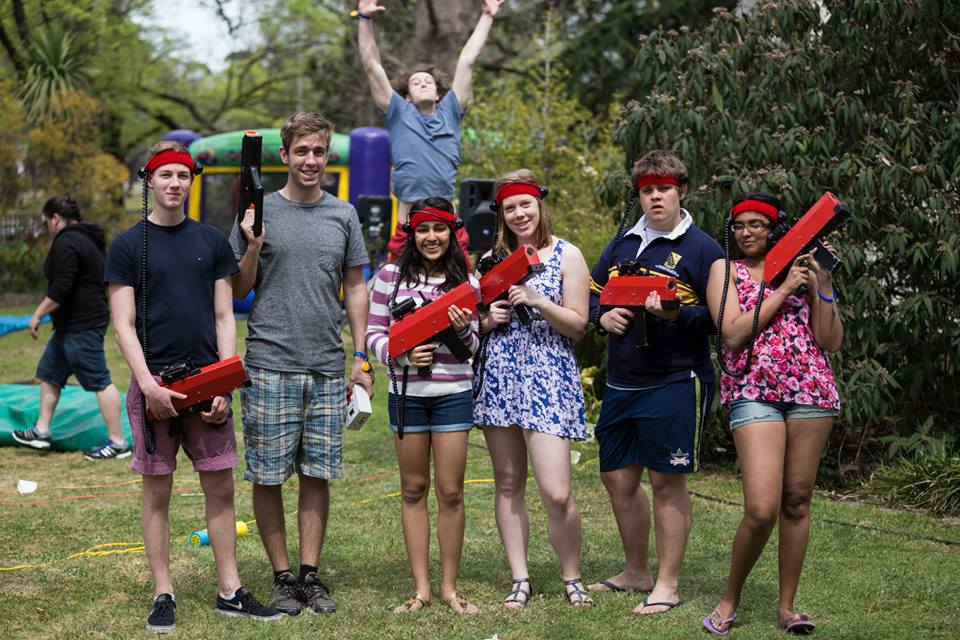 Lazers, castles made of air, mechanical creatures and fairy floss. Last Saturday’s IH day was truly something out of a fantasy adventure novel.

The event felt like an experiment orchestrated by IH. An attempt to see what happens when 300 twenty-something year olds are pumped with donuts, Slurpies and fairy floss (basically 100% sugar) and let loose on a fete.

The result: This wonderful event brought out the small children in us all, as IHers giggled in glee as they bounced around in a jumping castle, rode bulls, ran around with water pistols and balloons and played war with laser guns.

Some achievements of the day:

An impressive record of nearly a minute was held by one of our IHers. Seeing as this writer barely managed to get to 19 seconds on that infernal monster, this is SUPER impressive. Only one injury was sustained over the course of the day, with Bridget having to be taken to the hospital. the Hide-and-seek championships were won by the Red Bull team. No IHer managed to discover where on campus they had been hiding.

As we set sail towards LAN, here’s some advice from your friendly Captains (Jim and Rob) and their crew on how not to get…