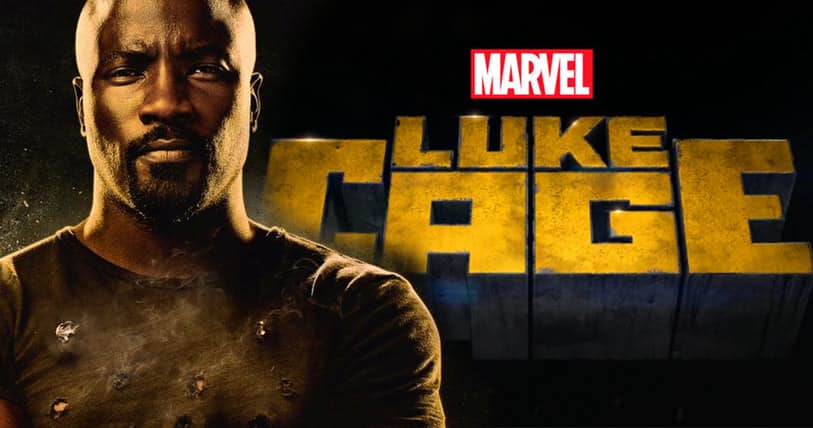 This film review turned into a series review for reasons beyond my control. Namely, my procrastination habits and an inability to stick to deadlines.

When “Daredevil” first hit Netflix in 2015, it marked a substantial change in Marvel’s Cinematic Universe: not only was the show dealing with a street level superhero, but the overall mood was – as noted in almost every review – darker. Later on in the year, “Jessica Jones” would continue the newly established atmosphere while debuting the character that plays the lead in this show.

Mike Colter completely owns the title character, a brooding ex-con whose heart is still broken from the loss of his wife and who just wants to disappear into the woodwork for now. Created by Cheo Hodari Coker (Ray Donovan, Notorious) and set in Harlem, to which Luke has retreated Luke Cage is steeped in the New York neighborhood’s history and its complicated present. The significance of a black hero who dresses in a hoodie and whose skin is impenetrable to bullets is one of the main themes of the show. The references to the Black Lives Matter movement, both implicit and explicit, are sparsed throughout the series with the show runners paying a tribute to Trayvon Martin using his Luke Cage’s signature hoodie.

Marvel’s Luke Cage is a great show. There are a lot of reasons behind its awesomeness but I felt that the music is a big part of its success. Music is felt all throughout the show, from the opening credits to what plays during the action scenes. One of the best moments of the show comes out due to this and a cool cameo by Method Man (Wu Tang Clan).

A little while ago there was a wonderful idea that was passed around the table without anything actually happening. I do conclude that this…